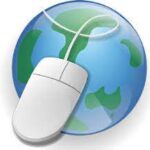 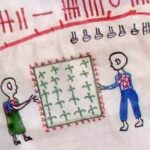 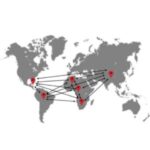 In Cambodia there is widespread gender inequality. As a result of deeply entrenched gender norms, women and men are assigned specifi c roles, responsibilities and value, which prevent them from exercising their rights equally. Cambodian women continue to be relegated to a lower status than men, not only in their families and communities, but also in society at large.

Since 2012, Oxfam partners and Gender and Development for Cambodia (GADC) have been implementing a model aimed at addressing unequal power relations at the household level in Cambodia called the Gender Road Map (GRM). Through workshops, coaching, counseling and follow-up sessions facilitated by Oxfam partners and GADC, the spouses participating in GRM activities were introduced to alternative ways of communication and interaction in regard to gender roles and relations; they learned that gender was not static but changeable and that they have the power to develop healthier relationships that challenge socially prescribed gender norms. The process of designing the gender road map gives participants the opportunity to analyze and discuss their current family situation, their roles and duties as well as their needs and expectations for the future.

This guidebook is the result of more than two years experience in implementing this model and several months of consultation between Oxfam and GADC and their partners and stakeholders.

What are your Feelings

Still stuck? How can we help?

How can we help?

This website uses cookies to improve your experience while you navigate through the website. Out of these cookies, the cookies that are categorized as necessary are stored on your browser as they are essential for the working of basic functionalities of the website. We also use third-party cookies that help us analyze and understand how you use this website. These cookies will be stored in your browser only with your consent. You also have the option to opt-out of these cookies. But opting out of some of these cookies may have an effect on your browsing experience.
Necessary Always Enabled
Necessary cookies are absolutely essential for the website to function properly. This category only includes cookies that ensures basic functionalities and security features of the website. These cookies do not store any personal information.
Non-necessary
Any cookies that may not be particularly necessary for the website to function and is used specifically to collect user personal data via analytics, ads, other embedded contents are termed as non-necessary cookies. It is mandatory to procure user consent prior to running these cookies on your website.
SAVE & ACCEPT

Please confirm you want to block this member.

You will no longer be able to:

Please note: This action will also remove this member from your connections and send a report to the site admin. Please allow a few minutes for this process to complete.

You have already reported this
Clear Clear All